> Tourism > Prehistoric caves of Périgord
Next Previous Back 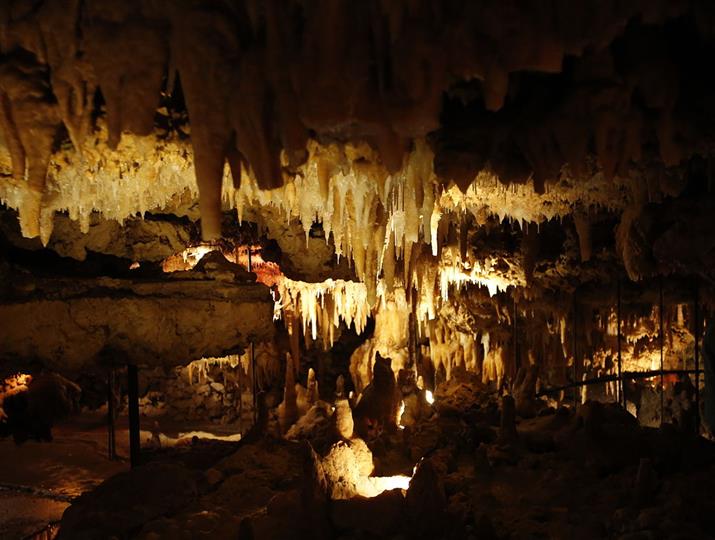 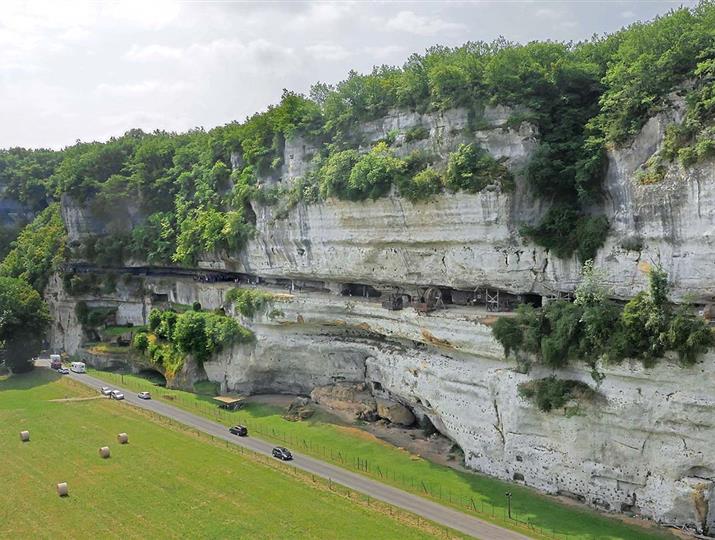 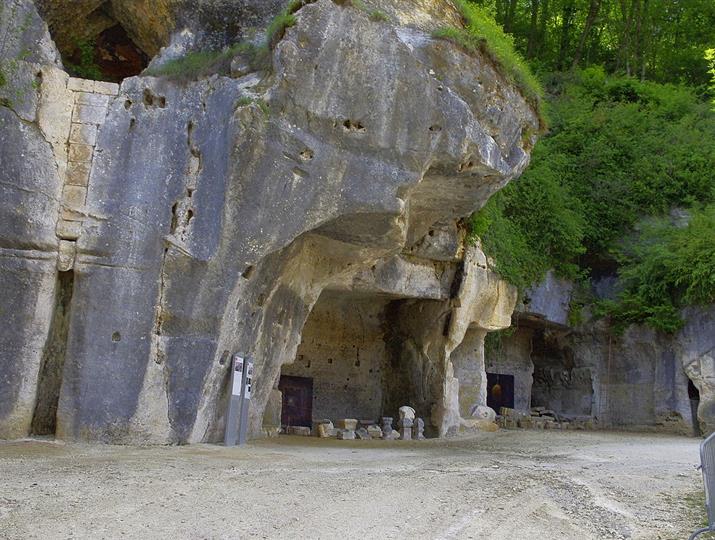 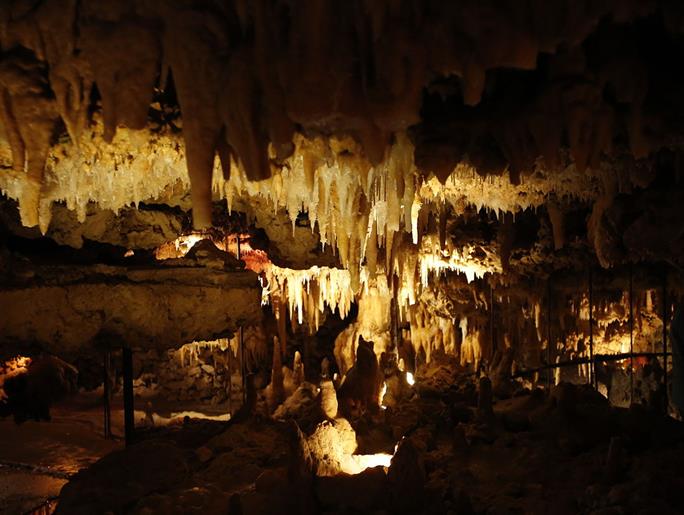 During your stay at the campsite, discover the prehistoric era and plunge into the fascinating world of prehistoric caves, rock caverns and chasms formed 150 million years ago !

During your stay at the campsite, discover the prehistoric era and plunge into the fascinating world of prehistoric caves, rock caverns and chasms formed 150 million years ago !

Age-old paintings, gigantic mineral columns, giant stalactites and stalagmites in shapes which defy the laws of gravity, eccentric, sumptuous draperies...  Unique sites that are a definite must see during your stay at the campsite.

Located a few kilometres from Vézère Valley, Rouffignac cave, also known as the « cave of a hundred mammouths » is a huge cavern with 8 km of underground passageways, over 250 animal representations including many engravings and drawings of mammouths (an animal which strangely enough is not often represented by prehistoric artists).
Visit of the cave on board a small electric train.

Discovered in 1995, Tourtoirac Cave is formed from water and nature.  Follow the underground river on a fascinating trip to the heart of the earth on a fairy-tale like spectacle of light and shadow between the impressive draperies, columns, stalagmites and stalagtites...
Accessible to the disabled.

Located near Brantôme, Villars Cave is one of the largest underground networks in Périgord.  An impressive natural decor with prehistoric paintings, calcite deposits, thin stalactites and countless stalagmites.
To see : the « salle des cierges » (candle room), the « petit cheval bleu » (small blue horse) or « la scène du bison et du sorcier » (bison and wizard scene) one of the rare human representations in prehistoric art.  Also visit the prehistoric garden, a 700 m marked path along which you will find out all you need to know about how Cro Magnon men lived.

Known as the « Cathedrale of crystal », the gouffre de Proumeyssac is the largest developed cave in Périgord.  A tunnel provides easy access to this huge underground vault whose walls are adorned with countless crystallisations of exceptional density and beauty.  A visit with experienced guides which combines a sound and light show.  Descent in a basket just like the very first visitors to the site.

Located under the Bastide de Domme, Domme cave (450 metre gallery) is an impressive maze comprising rooms with thousands of stalactites, huge columns, amazing draperies creating a fairytale decor.  Don't miss one of the best views of the Dordogne on your way up in the panoramic lift.

Discovered in 1924, Grand Roc Cave has been open to the public since 1927.  This world famous masterpiece in the heart of the Périgord noir region is a listed UNESCO heritage site.  It is famed for its diversity and density of cristallisations. Night tours organised in July and August.

Located near Les Eyzies, Roc de Cazelle cave offers the chance to take a trip back to the time when mammouths and rhinoceros ruled the land. The site was inhabited since Prehistory to the beginning of last century, in turn, a prehistoric dwelling, a fortified castle in the Middle Ages and a civilian dwelling.  On the agenda : reconstructed scenes (over 100 people and animals), information boards, free workshops in the summer, permanent exhibition on life-size mammouths...

Updated in 1901, the Font-de-Gaume cave, located in Les Eyzies-de-Tayac, is one of the most impressive paleolithic sancturies in the world.  The walls of the cave are decorated with over 200 Magdalenian engravings and paintings (aurochs, bisons, mammouths, horses, lions, wolves...), comparable, to a lesser extent, to the Lascaux cave.

Located between Montignac and les Eyzies on the edge of the Vézère, Roque-Saint-Christophe is a fine example of troglodytic dwellings and their evolution over the years.  This 80 metre high wild cliff, at the peak of the Vézère, gives visitors the chance to explore the history of nature and mankind, from the Paleolithic period to the Middle Ages and the Renaissance.
To do : visit the troglodytic village, numerous medieval dwellings... 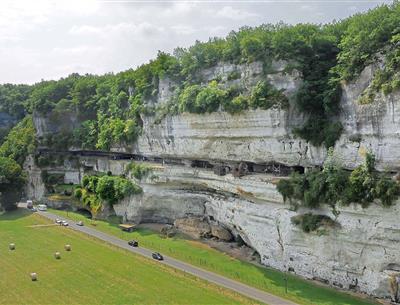 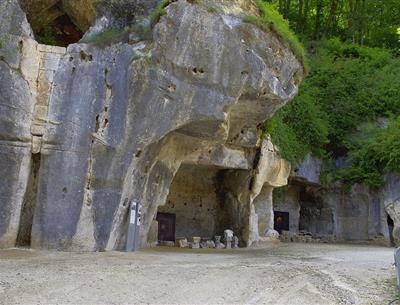 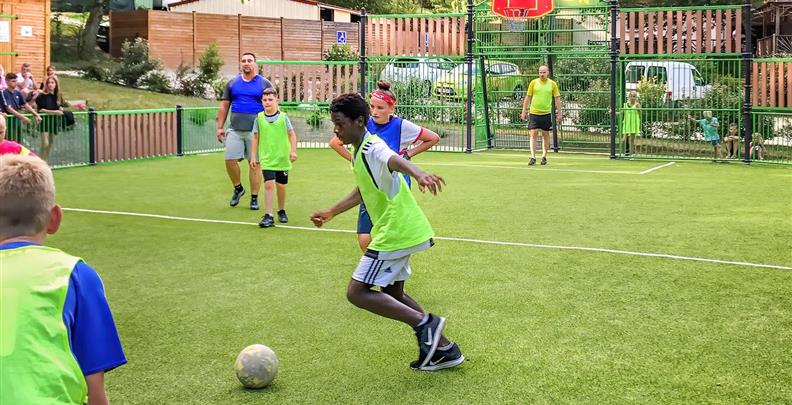 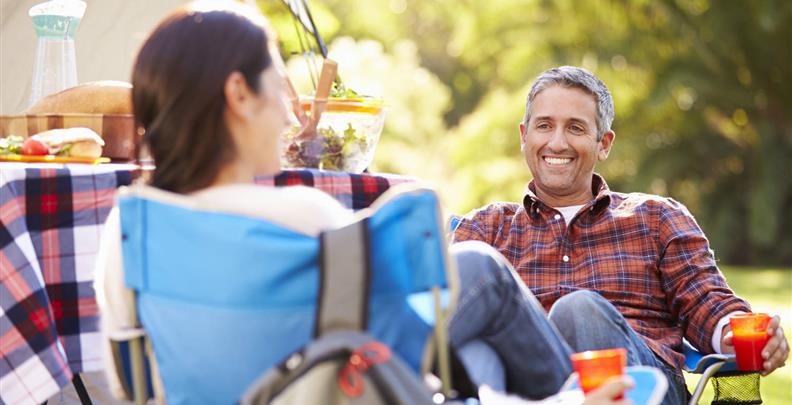 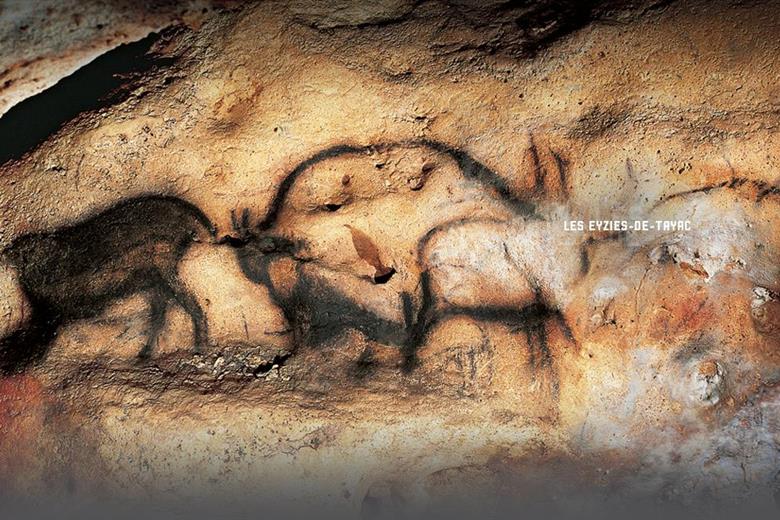 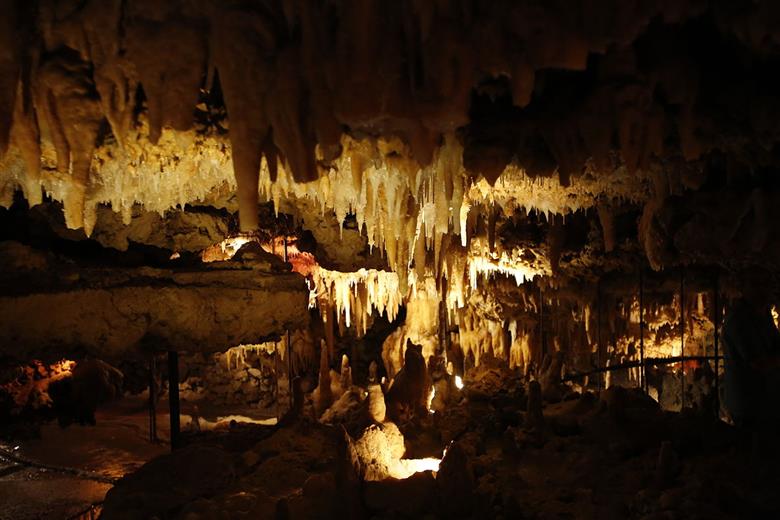 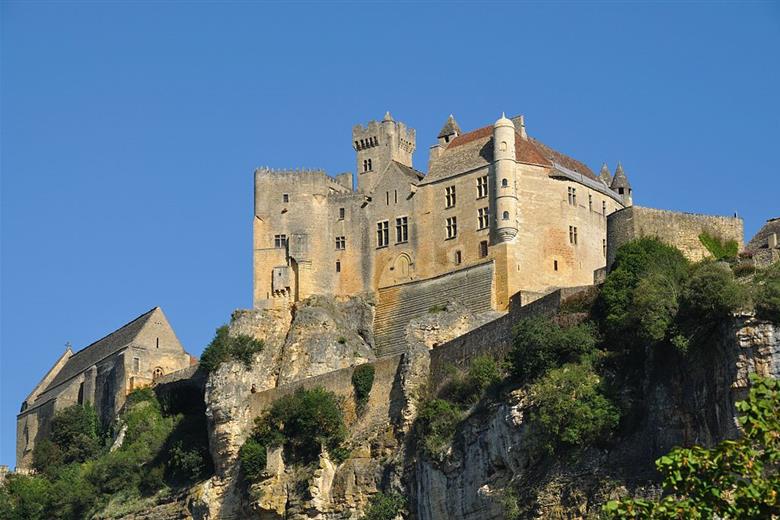 A day trip to Sarlat